Senate on the job 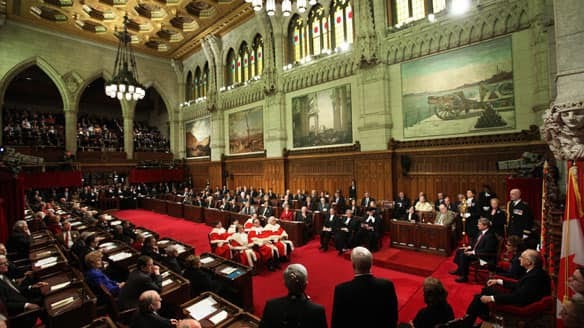 The Senate is showing Canadians that it’s on the job and doing that which they are constitutionally mandated to do: providing sober second thought to legislation it considers flawed. In this case its Bill C-377, a Commons private member’s bill that would have forced trade unions to file financial statements and disclosing to the public any expenses over $5,000, along with the salaries of their employees making more than $100,000.

For the record, I like Bill C-377 and would not have so thoroughly gutted it, as the Senate has, by making the legislation apply only to unions with more than 50,000 members and not to locals or branches. Nor would I have made an amendment that raises the threshold at which a union official would have to divulge his/her salary to $444,661.

Consider, however, that the latter amendment imposes the same threshold Conservative MPs used when they amended (gutted) their own—at that time—MP Brent Rathgeber’s private member’s bill on the disclosure of federal public salaries. This drips with irony, eh?

I like the idea that senators are standing up for themselves, as much as I lament that so many MPs have abdicated their responsibility to their constituents by acting like a bunch of trained seals, following to the letter all edicts and messaging emanating from the PMO’s unelected boy wonders.

Complaints from members of the lower House that unelected senators should not change or block legislation sent to them by the elected House of Commons have never resonated with me. The Senate has an important role in our system and should take this role seriously and be far more vigorous in pressing its constitutionally protected prerogative.

There is, undoubtedly, fault to find with the Senate. But that fault has far more to do with the lack of care in making selections for Senate appointments than the fact senators are appointed rather than elected. After all, Supreme Court justices are appointed not elected, and they can overturn laws made by parliament—and do so with some regularity. So, if we are capable in making excellent appointments to that august body, why not to the Senate?

For too many decades, successive prime ministers have been too partisan and too inclined to patronage when they have appointed senators. Consequently, the Red Chamber has been stuffed with party hacks, bagmen and failed or retired politicians expected to rubber stamp legislation from the lower house and otherwise stay quietly out of the way.

If we were to put prime ministers in office who are real statesmen who appointed “bulletproof” senators, they wouldn’t be disappointed and embarrassed with or by Senate scandals, and—even more important for Canadians—we’ll be the recipients of better all-round, thoroughly vetted legislation.

Of course, a country-before-party approach may be too much to ask of any career politician—or am I being too cynical?