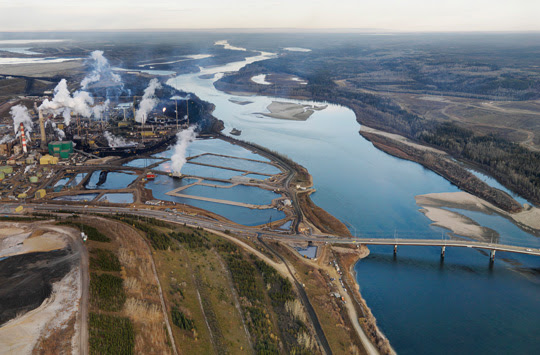 The minister of Natural Resources, Joe Oliver, is being flogged by the CBC’s Evan Soloman for saying, “there are environmental and other radical groups that would seek to block this opportunity to diversify our trade.” Apparently, Soloman has seized onto the word “radical” as being some sort of epithet that disparages all environmental groups.

From where I sit, many environmentalists do seem radical in their belief that we in the West can remake our economies to replace the use of fossil fuels, and to do so virtually overnight and without beggaring ourselves into the bargain. And on that basis, I see MP Elizabeth May, for example, as holding radical beliefs. (By the way, The Iceman blog is hosting a survey on this very question here.)

It seems to me, Soloman all too frequently, and I believe purposely, misinterprets or takes out of context remarks made by conservatives. Other than the radical elements in environmental groups themselves, does anyone truly believe Joe Oliver meant all environmental groups are radicals? I doubt it. But Soloman seemed to build most of his show around that premise.

The discussion on Power & Politics, though, did start me thinking about the struggle we seem to be having as we try to expand markets for bitumen from Alberta’s oil sands. And I began to wonder whether—in our apparent haste to diversify our markets by shipping bitumen overseas or down the coast to California in super tankers—have we fully explored the option of refining Saskatchewan and Alberta’s bitumen in Canada, thereby developing a whole raft of secondary industries around by-products such as gasoline, heating oil and plastics (polypropylene).

Have we fully explored the option of turning our prairie provinces into an industrial heartland that would market petrochemical-based products that are well along the value added chain, thereby retaining more of the spin-off in jobs and investment right here in Canada?

There is nothing really new about this idea. The concept has been debated for years. (Over a year ago I read about a very promising campaign, “Refine It Where We Mine It.”) I wonder, though, why Alberta-Saskatchewan is not a greater rival to Texas as a North American giant in petroleum products manufacturing. We have the raw materials and there are U.S. and other world markets for the products. So why ship bitumen at all? Wouldn’t refined products be more practical to ship by rail to either coast for shipment to Europe and Asia? Right of ways already exist.

Imagine what adding an additional 25 to 40 per cent of GDP—by adding value to our existing resources—would do for the wellbeing of our country.