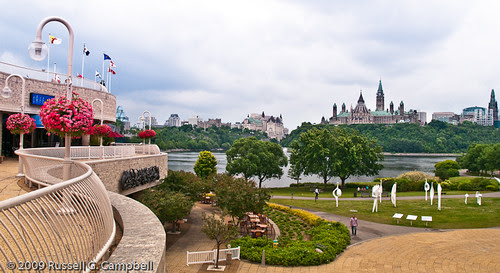 Ottawa 2009 | photo taken from the Canadian Museum of Civilization

In Jack Layton’s last letter to Canadians, he said, “We can restore our good name in the world.” Well, we can stamp Mission accomplished! on this one, and Mr. Layton’s soul can rest easy, for Canada has earned the highest reputation ranking in Reputation Institute’s annual study measuring the overall trust, esteem, admiration and good feelings respondents worldwide hold towards 50 countries around the world.

The study, released on Tuesday, also measures respondents’ perceptions across 16 different attributes, including a good quality of life, a safe place to live and a strong attention to their environment. And results showed that Canada scored well in all of these elements.

Results from 42,000 respondents worldwide ranked Canada first with Sweden next, followed by Australia, Switzerland and New Zealand, the reputation management firm said in its news release.

Apparently, Canadians don’t think as highly of themselves as others do, for Canada ranked only fourth on self-perception. And I’m not surprised at that considering the disparaging remarks about Canada we hear regularly from leftists in general and more specifically from the likes of NDP foreign affairs critic MP Paul Dewar, Green Party leader Elizabeth May, and, to only a somewhat lesser extent, former and current Liberal leaders Michael Ignatieff and Bob Rae respectively.

I remember Paul Dewar telling us Canada’s failed UN Security Council was “devastating for our country’s reputation.” Well, apparently, Mr. Dewar’s hyperbole has proven to be without foundation; the rest of the world doesn’t share his low opinion of Canada.

And readers may remember when Elizabeth May flew all the way to Copenhagen during the final round of the 2009 UN climate change negotiations so that she could denigrate Canada for all the world to hear. It would seem that Dippers and Greens and others who owe their first loyalties to special interests and international organizations have less influence on public opinion than they supposed.

I am pleased to see that the foreign policies of Stephen Harper’s Tory government—including the principled support of the State of Israel—are not wrecking our international image, despite claims that they are by Dewar, May, Ray, et al.