The evening of the election went about as well as I could have expected: Tories won a solid majority—vindicating Prime Minister Stephen Harper’s leadership—and elected candidates in every region of the country; the New Democrats crushed the Bloc, but their surge was blunted in 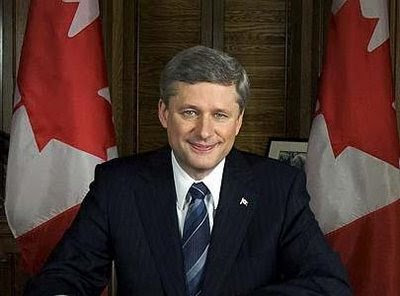 Ontario; and several of the most irritating Liberals lost their seats and won’t be back in Ottawa.

The Conservative Party of Canada is the choice of a respectable 40 per cent of Canadian voters. It’s the party of choice in the far north, Labrador and in every region east to west, including ridings in urban Toronto. It is truly a national party, and given the vagaries of our first past the post electoral system, has a solid 166 seats with which to control Parliament.

PM Harper’s leadership and political strategy has been vindicated. He cleverly maneuvered the opposition into them forcing an election on him that destroyed the Bloc Québécois and its leader, humiliated PM Harper’s arch rival Michael Ignatieff and crippled and mauled the Liberal brand, perhaps critically. PM Harper has successfully occupied the right-of-centre position in political politics, hugging so tight to that centre line he’s left no room for neophyte political leader and strategist Michael Ignatieff, forcing the latter well to the left of centre and into direct conflict with the NDP, splitting the left-wing vote.

When Ignatieff’s leadership faltered in 2009, he fired his first back-room team and allowed himself to accept a new team headed by chief of staff Peter Donolo, best known as a communications guy during the relatively easy divided-right days of Canadian politics, i.e., a veteran, but not a battle-hardened one.

His battle-hardened veteran was Senator David Smith, his campaign co-chairman. But Smith, a federal cabinet minister in Prime Minister Trudeau’s government, is a yesterday’s man, not up to the task of head-to-head combat with the well-financed brain trust at Conservative party headquarters.

Result: no compelling message for a man that couldn’t/wouldn’t stay on message anyway. Liberal strategists had hoped to squeeze the NDP so far left they’d be irrelevant, but, instead, made themselves irrelevant when the NDP started to surge in Quebec.

So now we have a Conservative majority, which begs the question: so what?

Will we begin to address the enormous government (federal and provincial) debt this country has accumulated, or will we continue to squander more billions on debt interest? Is deficit spending at this point of our economic recovery prudent? Will we target human rights legislation—vis-à-vis Section 13 of the Canadian Human Rights Act? And what about that damn gun registry?

According to a new report from the Fraser Institute, the average Canadian family spends about 41 per cent of its income on taxes. This is far too heavy a burden. Government spending is out of control as are civil service wages and benefits.

The rate of public sector growth is unsustainable. What will we do about that?

I’ve reconciled myself to same-gender marriage and abortion on demand—though I’d like to see restrictions in law covering late-term abortions. I don’t favour capital punishment because our legal system makes too many mistakes. And a larger and stronger military would be nice… but you get my point.

Will we finally get a conservative government?