Pylons in the House of Commons?

What’s next? I’ve read that there are several federal ridings that could very well be won by “pylons.” You know, the token candidates-in-name-only that political parties put into election campaigns so they can be represented in all ridings, even when they have little or no expectation of making a decent showing on election day. 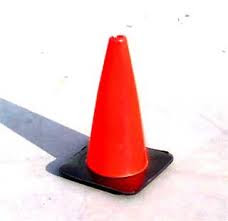 Parties, except the Bloc, are understandably keen to be seen as being “national,” and to that end run “pylons” in seats for which they have no expectations. These pylons are simply placeholders who provide a name on a ballot. Sometimes they live outside—sometimes a long way from—the riding and many don’t even bother to show up at all-candidate meetings, debates or any other election-related activities. But watch out, Quebec voters, you’re likely to be sending several of these candidates-in-name-only to Ottawa to represent you after May 2.

But do the sort of Quebec voters who will choose the NDP even care? Perhaps they see representation in Ottawa as a waste of time? It seems the New Democrats are counting on this. They expect Quebec voters will vote NDP-Jack Layton candidate-sight-unseen.

In some cases, we have only the word of the NDP organizers that these people even exist. How does one account, for example, for the fact that reporters have not been able to contact directly the NDP candidates for Berthier-Maskinongé, Bas-Richelieu–Nicolet–Bécancour and St-Maurice-Champlain ridings?

Some may be real people, but are they the sort of people the average Canadian wants in their House of Commons?

Consider the Quebec federal riding of Pontiac (formerly known as Pontiac—Gatineau—Labelle). Incumbent Tory MP Lawrence Cannon is running against New Democrat Mathieu Ravignat. Mr. Ravignat is only too real, having run for the Communist Party in 1997. Birds of a feather, I guess.

Alexandre Boulerice, the NDP candidate in Rosemont-La Petite-Patrie, is a member of the left-wing separatist party Quebec Solidaire. Curious that he chose the NDP over the Bloc.

Some, apparently, are not hard workers or committed to careers in Ottawa. For instance, the NDP’s candidate for the Quebec riding of Berthier-Maskinonge, Ruth Ellen Brosseau is vacationing in Las Vegas. Jim Koppens in Ajax-Pickering was in the Dominican Republic earlier in the campaign. See a pattern here?

I guess the NDP philosophy must be: if it’s not illegal it’s permissible, and to hell with the dignity of the House of Commons.

Now, who should be found in contempt of parliament?