The recent news that former Grit insider, Rocco Rossi, has defected to the Conservative side has prompted several partisan comments. Those Tories—federal and provincial—who formerly disliked the man and his politics now 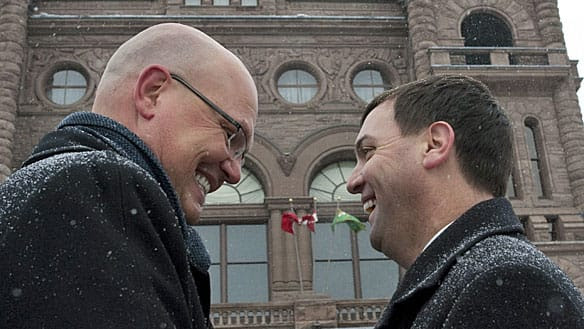 find both quite acceptable. And those Grits who were his political and personal buddies now call him names like “Benedict Baldy.”

I remember how I felt when senior Progressive Conservative and leadership hopeful, Scott Brison, crossed the floor of the federal House to join the governing Liberals. I saw the man as a traitor to his cause. I can hardly, therefore, be too condemning of those who harbour similar sentiments towards Rossi, who was a very senior insider in the Liberal Party. It does make me question, however, the hyper-partisanship of modern politics, where the polar extremes seem to be the preferred vantage points of so many political pundits.

Should we not try harder to separate the man from his politics? Would Canada not be better served if we elected the best candidates rather than the “right” candidate, the one representing political ideology we support? I worry when partisanship subsumes our hopes and aspirations for a better Canada, not just a Canada governed under our preferred political ideology.

Then there is the personal nature of the venting of former friends. “Benedict Baldy,” Really! Aren’t friends ever allowed to change their minds? Not when it comes to politics, apparently.

My party right or wrong is a dumb idea—anti-intellectual, in my humble opinion. And basing friendship on political affiliation is silly—some of my best friends are Liberals [smile], not many NDP friends, though.

No one shouldn’t be expected to stick to a single political party indefinitely. Once a party or political movement ceases to meet one’s personal goals and objectives, one owes it to oneself to move on. Blind loyalty to God, family and country is one thing—I heartily support this, but to a political cause?

I welcome Rocco Rossi to the right side, may he live long and get elected [sorry, Star Wars].