Those who defend and justify Premier Dalton McGuinty’s government record like to remind Ontario residents of the Mike Harris era. To hear 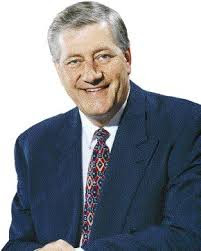 them tell it, those were dark days indeed, filled with labour strife and cuts to the education and health care sectors.

Mike Harris’s terms were from June 26, 1995 to April 15, 2002. He assumed power after 10 years of inept, ruinous Liberal and New Democrat government rule and set about implementing the promises he had made during the election that won him the premiership of the province. A much needed agenda considering that the deficit had reached a record $10-billion under the now-Liberal but then NDP, Bob Rae.

Harris’s promises were outlined in “Common Sense Revolution” platform—no hidden agenda from him. It focused on tax reduction, balancing the budget, reducing the size and role of government, and emphasized individual economic responsibility, putting an end to, or significantly reducing, government hand-outs.

The Tory political ads back then spoke in terms like: working for welfare, scrapping affirmative action and cutting taxes to promote more employment. In other words, just plain common sense and the public loved it, giving Harris and his PC team a solid majority government in 1995, with the PCs taking 82 of 130 seats at the Queen’s Park legislature. Harris followed up on the election by doing pretty much what he had promised—not something of which any thoughtful person could accuse Dalton McGuinty.

What the opponents of conservative government like to dwell on were the cuts they claim were made to health care and education and the downloading of some provincial costs to municipalities, all the while ignoring the roll the progressive government of Jean Chrétien’s was playing in Ottawa.

Chrétien and then finance minister, Paul Martin, had launched a program of deep cuts to provincial transfers after winning the federal election in 1993. These cuts were having a dramatic effect on Ontario’s finances, especially since the province relied on federal transfers for a substantial portion of its health care budget—if memory serves, about 40 per cent.

Yes, there were cuts under Harris’s government, needed cuts. And, yes, nurses were laid off, a mistake that was corrected for the most part later in his term. Harris also increased health spending to record levels to counter transfer cuts from the Liberal federal government.

The Harris government also took on the teachers’ unions by insisting on badly needed reforms. And, yes, the unions balked at anything and everything the government did that were not designed specifically to benefit the teachers or their all-too-powerful and arrogant unions. This came to a head in 1997 when Ontario’s teachers walked out on our kids in an illegal strike that the Harris government roundly condemned and to which it refused to knuckle under—the teachers got little in the way of significant changes to government policies.

The Harris PCs had won a legal election and had received a major mandate from the voters of the province, but the unions weren’t having any of that. They participated in work stoppages and several large protests and near-riots on the grounds of the Ontario Legislature—a shameful and undemocratic period in our province’s political history.

Under Harris’s PCs, economic indicators in Ontario, for the first time in years, improved dramatically. During their first term, Ontario’s economy expanded faster than most North American jurisdictions. That has not happened under any Liberal or New Democrat government in Ontario in the past half century. And Harris was able to manage prudently enough to eliminate the record high deficit run up by the NDP.

Mike Harris so thoroughly proved himself to be an effective economic manager that the voters of Ontario gave him another majority government.

Those were golden years, not dark days, and I yearn for the return of those good old days. Over to you Tim Hudak.