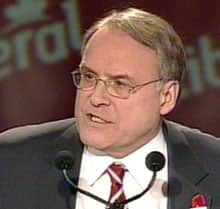 “It is our [Liberal Party of Canada] intention to proceed as we did before in terms of the creation of a national, early-learning and child-care program. We have to be respectful of the existing circumstances. The state of the economy is not what it was five years ago, or seven years ago when we started in on this.”

I take from this that the Liberals are waffling on another of their major initiatives. How does one reconcile Dryden’s statement with the one his leader made only a year ago?

Last February, Michael Ignatieff said that Canada will get a national child-care program under a future Liberal government, no matter how big the federal deficit has grown. Back then, Ignatieff gave no indication the program—which he implied was a major priority of his party—would be scaled back. In fact, he told reporters in Ottawa:

“We will find the money, because it seems to me an excellent investment. I am not going to allow the deficit discussion to shut down discussion in this country about social justice.”

What a difference a year makes. Canada’s fiscal prospects have not deteriorated in the past 12 months—many, in fact, will argue it has actually improved. So what is Dryden really trying to say?

Perhaps the Toronto Star’s Susan Delacourt is correct when she writes:

“There’s been some speculation that the Liberals have shifted their policy emphasis away from child care and toward care of the sick and elderly because of voting demographics. Put simply, the people who need child care are less likely to vote than the seniors or aging Baby Boomers who would take advantage of the Liberals’ family-care plan—and maybe even shift their vote because of it.”

With Liberals it’s seldom about what’s best for Canadians, and always about what’ll get them the most votes.

Only a couple of days ago, during a break in a discussion on poverty and the homeless in Canada, the chief Grit is reported to have said that child-care is a key part of that discussion, which is “the number one social priority of an incoming Liberal government.”

It’s as if Grit politicians are running about the country waving their little hands trying to get the attention of Canadians. They are like lost sheep in a foggy meadow. They say this, they say that, desperate to get some traction with an issue that resonates with voters. It’s become obvious that they’re so desperate, they’ll say anything they believe might help secure victory in the next election.