The federal Liberal leader Michael Ignatieff continues to baffle Canadians with his say-one-thing-vote-another style of leadership. Time and again—dozens of times—the chief Grit has condemned Tory government policy and budgets prior to the vote in the House of 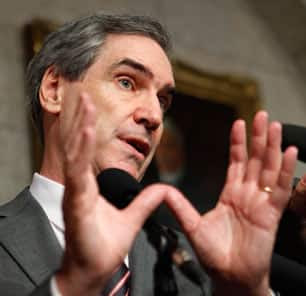 Commons, then allowed them to pass with nary a whimper from his caucus.

This mealy-mouthed approach has been been a defining characteristic of Ignatieff’s term in office and has been continued and reinforced by his recent flip-flop over the Bloc’s Employment Insurance (EI) bill.

Last fall, Michael Ignatieff ranted and raved—even threatened and election—over some of the very EI reforms proposed in a Bloc-sponsored bill that went to a vote Wednesday in the House. Hours before a vote in the House, however, he reversed his stand and, apparently, no longer supports the range of enhancements to EI benefits. They are too expensive and are no longer required, he argues.

The legislation introduced by Bloc MP Yves Lessard would reduce the qualifying period for EI from the current minimum of 420 hours down to 360 hours. It would also increase the weekly earnings from 55 per cent to 60 per cent of past earnings and increase the length of time that benefits could be collected. This largesse would have effectively implemented a 45-day work-year for many on EI.

Michael Ignatieff’s turnabout suggested the Liberals would defeat the legislation, which he had described as being “dead on arrival” and a “complete waste of time.” But when the vote in the House was called on Wednesday, Ignatieff and some of his Liberal caucus members simply didn't show up.

Fortunately, the Bloc’s EI bill was defeated by a vote of 147-124, with New Democrats, Bloc members and several dozen Liberals supporting it.

So once again, as Bloc Leader Gilles Duceppe so rightly pointed out, it was typical of the Liberals to try to play both sides of the fence.

Judging from polls going back months, most Canadians are not buying Ignatieff’s duplicity. He continues to be Prime Minister Stephen Harper’s (not so) secret weapon.

The Iceman blog also has some interesting things to say on this topic.