Since my last post on the subject of our mandatory long-form census document, I’ve been following the story in the mainstream media. It seems as though CBC News’ Power & Politics and Rosemary Barton, its guest host, are alternately fascinated or distraught by the prospect that our government might chose to handle the national census differently in 2011 than in the past. 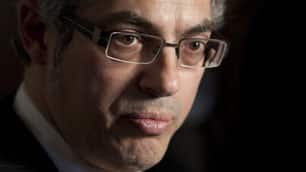 As most readers know by now, the federal Cabinet has decided to keep the mandatory eight-question census form for every Canadian household, and to continue the threat of criminal prosecution if we don’t answer it. But it has decided to make the “long form” version of the census questionnaire—with an additional 53 questions and sent to 20 per cent of homes—no longer be mandatory.

The government’s motivation, we have been told, is the intrusiveness of the questions and the coercive nature of the penalties for non-compliance, which includes a jail term. This is reason enough for me to support the government on this. It isn’t as if we plan to scrap the census altogether, but rather to modify the process of collecting the data. Other democracies are trying different methodologies, why shouldn’t we? And the long form would still be sent out, but instead of being mandatory for 20 per cent of households, it would be voluntary for a greater number of homes—30 per cent.

Surely in a country where polling is routinely done with sufficient statistical accuracy for our leading newspapers and television networks to pay for and publicize them—even with margins of error of “plus or minus six per cent 19 times out of 20”—there are cost-effective ways of getting answers to the 53 questions on the long form without invading the privacy of Canadians or threatening them with prison terms.

On the aforementioned Power & Politics program, Rosemary Barton, with her most serious lip-compressed face on, asked Industry Minister Tony Clement why he did not just drop the threat of fines and jail, to eliminate the coercive nature of the requirement to fill in the long form. Minister Clement patiently replied that if the fines and threat of jail were dropped, then the process would be voluntary, which is pretty much what the government is proposing. I’m not sure that she got his point, but at least she spared us that loud cackle of hers.

Notwithstanding the fact recent polls show a majority of the public are in favour of retaining the mandatory nature of the long form of the census, I continue to hold that much of the information requested is not information that I care to hand over to anyone, and especially not to the government. The information is private and nobody’s business but mine—beyond that, I shouldn’t need to justify my position.

Ironic, isn’t it, that many of those who believe it’s okay for the government to demand on threat of fine or jail the answers to personal questions on the census, are the same ones who refused show identification to Toronto police during the G20 meeting, simply because as Canadians they didn’t, and shouldn’t, have to.

That’s my whole point: regardless of the usefulness of the long-form information, no Canadian should be required by law to provide it.