Election if necessary, but not necessarily an election?

The leader of the official opposition, Michael Ignatieff, changes the Liberal party line so often it’s really hard to know from one day to 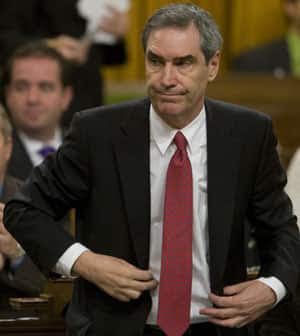 another just what he and his Ottawa crew stand for. A month ago in Sudbury, the erstwhile Harvard professor said he had lost confidence in the Stephen Harper government and would try to defeat it at the earliest possible date. “Your time is up,” he warned the prime minister

After a drop in the polls for support of his party and several pieces of good economic news, Mr. Ignatieff seems to have rewound the clock to give the Tories more time. Apparently, he has renewed confidence in Stephen Harper’s minority government—how very Jack Layton of him, don’t you think.

Mr. Ignatieff’s October 9 comment to CBC News is about as complete a capitulation to reality as you’ll find from a Grit leader. Here’s what he said:

“What I’ve said consistently for a month is in those cases where the government brings forth legislation we can support or approve or amend, we’ll do so. My strategy is not to make parliamentary government impossible.”

This is, of course, nothing like what he has said for the past month when he was promising Canadians an early election. Let’s remember the words of his finance critic, John McCallum, who said the following this past September when he admitted that it really didn't matter what was in the government’s economic statement [the then upcoming “economic report card”]:

“We Liberals have made our decision. We’re voting against the government, so in that sense the outcome is foregone.”

At that point, the economic report card had not even been delivered. So much for Mr. Ignatieff’s false claim that “those cases where the government brings forth legislation we can support or approve or amend, we’ll do so.” Contrast that with McCallum’s quote above.

As intellectually dishonest as Mr. Ignatieff has shown himself to be, I have to admire his instinct to avoid political suicide and a quick return to Britain or the United States.

Why should Canadians believe anything this man has to say? For months he has railed against Stephen Harper’s economic policies as being disastrous for the country, while in Europe we have Finance Minister Jim Flaherty being feted by Euromoney Institutional Investor plc. as they presented him with the prestigious Euromoney’s finance minister of the year for 2009 award.

Here, in part, is the citation delivered by Euromoney Institutional Investor’s chairman, Padraic Fallon, at a reception in Istanbul:

“Our winner has earned a reputation for maintaining a sound fiscal policy. His country’s economy has performed remarkably well, especially considering that it is so reliant on its next-door neighbour the US.

“Equally, his government has given the chance to his country’s banks to thrive. And thrive they have. Not one bank in Canada has failed. The World Bank says that Canada has safest financial system of any nation. That’s why it played a key role in the G8’s discussions this time last year. It’s no wonder that countries such as China are keen to learn about Canada’s regulatory system.”

How different this is from the stuff we get from the Liberal Party of Canada’s brain trust, including from their top man in Quebec, MP Marc Garneau who, back in July 2009, published a scathing denouncement of how “[prime minister] Harper has mishandled the recession.” The spaceman argued that Prime Minister Stephen Harper and the Conservative Party of Canada have not responded properly to the global recession. Unbelievable! Perhaps he has spent too much time in orbit.

Wonder what the Grits’ official position will be next week? I guess they’ll have wait to see the polls before they decide which way to move.