Green Leader Elizabeth May butts in

The Green Party leader Elizabeth May reminds me of the unpopular guest at a party who chimes in every time someone starts a new topic of conversation and is always ready to pile on whenever another more popular guest is the brunt of a joke. 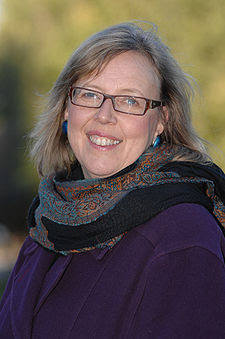 Ms. May, who has lost several elections in a row is the entirely irrelevant leader of an irrelevant political party. She is desperate to be noticed…by anyone. For more than a quarter of a century, her party has been running candidates in federal and provincial general elections and must be close to holding the Canadian record for futility.

Now the leader of this cant-shoot-right Green Party is calling for the resignation of a minister of the crown because the minister used the word “sexy” when referring to our recent nuclear reactor situation.

“Ms. Raitt must retender her resignation immediately.  The insensitive nature of the conversations on those tapes was truly appalling.”

Apparently, the “Green Leader,” as she’s referred to in the statement on the party’s Web site, is easily appalled. I gather the Green Party likes to be called the “Greens.” Perhaps Ms. May should heed Kermit the Frog’s caution, “it’s not easy being green,” and find herself a new day job.

Minister Lisa Raitt won election in her first try, beating out a popular incumbent Liberal, Garth Turner. By contrast, Ms. May lost all three of her attempts to enter the House of Commons, in 1980, 2006 and 2008. Ms. Raitt is worth two Elizabeth Mays, yet Ms. May has the effrontery to scold the minister in a public statement.

Email ThisBlogThis!Share to TwitterShare to FacebookShare to Pinterest
Labels: Canadian Politics, In the News, Politics