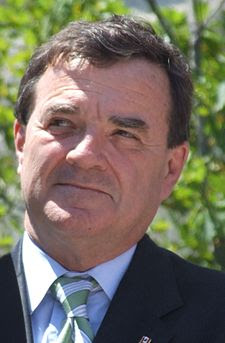 Party. This proved to be bad news for Ms. Elliott.

Until she received the letter, my wife was leaning in Ms. Elliott’s direction, with only one real sticking point: the fact that she is Mr. Flaherty’s spouse. This has made my wife uncomfortable from the start of the PCPO leadership race.

You see, my wife doesn’t like the finance minister one bit—she distrusts him going back to his days in provincial politics when he was a cabinet minister in the government of Mike Harris. She voted against him when he tried for the PCPO’s leadership choosing Ernie Eves instead.

Both my wife and I developed a strong dislike for the man during the 2002 PCPO leadership race and we felt that his leadership in 2004 confirmed our dislike and distrust. And, though not a surprise, Mr. Flaherty’s appointment as  Minister of Finance in Stephen Harper’s newly elected Conservative cabinet in 2006 was a major disappointment. The unkindest cut of all, of course, was him going back on his word regarding the taxable status of Canadian Income Trusts.

That move eliminated what little trust we had left in the man. Aside from him going back on his word, his new tax strategy was deeply flawed.

Flaherty argued back then that income trusts would cost the government hundreds of millions in lost revenue and shift the burden onto ordinary people. Not so. According to the Canadian Association of Income Trust Investors, foreign takeovers of Canadian Income trusts have had the opposite effect and caused a decrease in Federal Government tax revenues.

Diane Francis, editor-at-large for the National Post, correctly pointed out that that the minister of finance’s decision was based on flawed analyses that treated RRSPs and pensions as tax-exempt, when, in fact, as we all know they are merely tax deferral mechanisms—tax will eventually be paid by the Canadian income trust unit holders. His government lured hundreds of thousands of ordinary Canadians into income trusts by promising before the 2006 federal election not to raise taxes on income trusts, then did an about turn.

Further reason to distrust Flaherty came during the months since the fall economic update. First we were going to have surpluses, despite the very obvious worldwide economic downturn. Then we were going to have modest deficits so we could stimulate the economy. Now we have huge deficits and are waiting for his next faulty projection.

My wife is not alone in her belief the Mr. Flaherty has been a terrible finance minister, millions of ordinary Canadians agree with her, especially seniors. Bankers and some businessmen seem to trust the man, but ordinary Canadians do not.

I believe we should separate Christine Elliott from her spouse when considering her for leader. Many PCPO members will not be able to do that. Mr. Flaherty, many believe, will have undue and inappropriate influence over Ms. Elliott, which would be a bad thing.