War on Drugs: are we losing?

The FBI in the United States estimated that, in 2007, U.S. law enforcement made more arrests for drug abuse violations—an estimated 1.8 million arrests, or 13.0 percent of the total 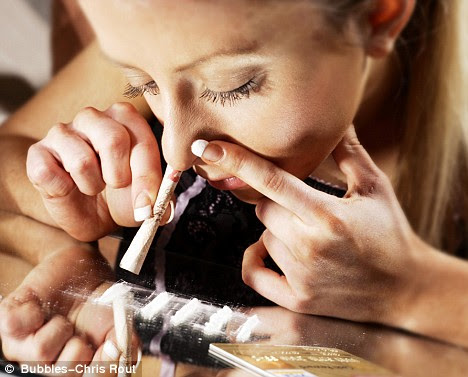 These statistics are troubling and suggest that we are not winning our “war on drugs.”

Moreover, there is a clear association between illegal drugs (possession, trafficking, production, importing and exporting) and crime in general. Research informs us that, not only are many crimes committed by those under the influence of drugs, but crime is often committed to obtain money to purchase drugs. Furthermore, drug offences are linked to organized crime, street gang activity and prostitution.

The costs to our society of illicit drug use is enormous. Treasury Board documents show that $368 million was spent on targeting illicit drugs in 2004-2005. When you include federal, provincial and municipal police, courts and correctional services, we spend about $2 billion annually. And when other social and health-related costs (e.g., medical expenses, loss of productivity and work absenteeism) are added, the cost is frightfully high and are a terrible drain on precious resources.

In Canada, the creation of the National Anti-Drug Strategy was launched in 2007 to address crimes related to illegal drugs. This strategy calls for a collaborative approach among government departments and community groups. It includes three action plans: prevention, treatment and law enforcement. As part of the enforcement plan, mandatory minimum sentencing legislation for certain serious drug offences were introduced. The program was re-introduced in February of this year and provides for mandatory minimum prison sentences for serious drug crimes by those who produce and sell illegal drugs. (See www.nationalantidrugstrategy.gc.ca for more information.)

The proposed amendments to the Controlled Drugs and Substances Act (CDSA) would impose mandatory jail time for producing and selling illegal drugs. This legislation calls for special penalties to be imposed when offences are carried out for organized crime purposes or if they target youth.

… The proposed legislation would allow a Drug Treatment Court to suspend a sentence while the addicted accused person takes an approved treatment program. Drug Treatment Courts encourage the accused person to deal with the addiction that motivates their criminal behaviour. If the person successfully completes the program, the court normally imposes a suspended or reduced sentence. These courts include a blend of judicial supervision, incentives for reduced drug use, social services support, and sanctions for non-compliance.”

We are loosing the war on drugs, not because we aren’t sending enough pushers to jail or keeping them there long enough, but because we have been unable to reduce demand. With the huge profits available to those who are involved, there will always be those willing to risk the legal penalties regardless of their severity.

Given the enormous damage our society has sustained from all the various aspects of illegal drugs, any involvement with them must surely be among the most antisocial of behaviors, including murder. I include murder for many are committed as part of the illegal drug trade, and those who provide the demand for the drugs are all complicit in those murders whether they commit them themselves or are thousands of miles away at the time.

In Canada, we allow handouts of drug paraphernalia and “injection sites” where drug users are allowed to consume illicit drugs. In British Columbia, the Vancouver Island Health Authority gives away “safer crack kits” at its Insite facility, while in the cities of Ottawa and Toronto similar distribution programs are on their way. Health groups, which run programs that enable illicit drug use, say the programs aim to help drug users kick the habit, or at least not to become any “sicker.” That may very well be the case, but, apparently, these facilities contravene a 1961 treaty signed by Canada.

In a new report, the International Narcotics Control Board calls on Canada to ban community-backed programs that enable illicit drug use. The report states that distribution of drug kits contravenes an article in the 1988 United Nations’ anti-drug trafficking convention that Canada signed.

Those who use the banned substances are every bit as guilty as those who provide it to others. Users are at the very root of the problem, and until we can curb use, we will never prevail in our struggle to rid our society of this destructive menace to our well-being.

Anyway, that’s the way I see it.