Hats off to GG Michaëlle Jean

Today, I doff my hat to our governor general Michaëlle Jean who showed her support for the Inuit community in Nunavut 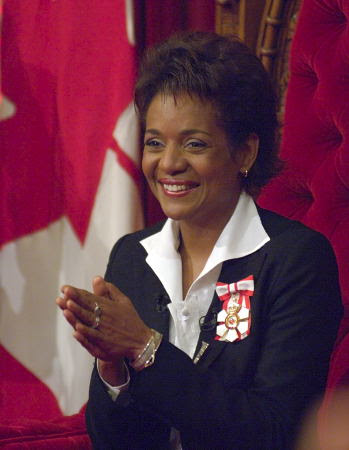 by her ­symbolic defiance of an upcoming European Union ban  on our seal products. “It’s like sushi,” she said, after tasting raw seal meat at a meeting of hundreds of Inuit at a community festival in Rankin Inlet in Nunavut on Monday.

Earlier this month, the EU Parliament voted to endorse a ban on seal products in protest against commercial hunting practices. When she was asked if  she meant to send a message to the EU, Ms Jean replied: “Take from that what you will.”