The print edition of the National Post carries a piece by Canadian conservative author and commenter, David Frum. The piece is entitled, Frum on Frum—A veteran 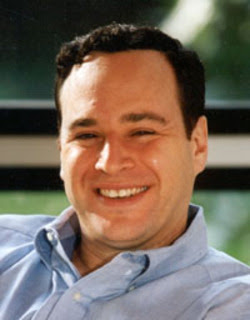 conservative ponders his alienation from the movement he joined 30 years ago, and deals with Mr. Frum’s sense of what conservatism means to him and how this differs from that of the present Republican Party.

“Things have come to a pretty pass in the Republican Party when David Frum is the mushy moderate of the piece.”

If this is an accurate measure of Mr. Frum’s conservatism, then I guess I’m a “mushy moderate” too for I find myself in agreement with everything he has to say in this essay.

I became a conservative in the 1970s because, like Mr. Frum, I believed that conservatives had the answers to runaway inflation, stalled economic growth and a social order that seemed to be breaking down. Moreover, the western democracies seemed to have lost their nerve and confidence and liberals seemed unable to restore it—or to show they even noticed much less cared.

For us who held free speech, self-reliance and individual choice dear, who believed in free markets and entrepreneurship and who championed free trade, conservatism was the way.

And the fact is that conservatives—under leaders like Thatcher, Regan and Mulroney—did do all those things. Yet the conservative dream was largely unfulfilled.

Mr. Frum writes that “Conservatives stopped taking governance seriously—and so Americans ceased to trust conservatives in government.” This is less true in Canada, but moderately so.

Those of us who hold to fundamental conservative principles find little to champion in much of our current federal government’s actions and policies. Our remaining consolation is that things would be worse under the Grits.

According to Mr. Frum:

“The Obama administration is careening toward a more expensive and interventionist government, toward reckless spending and destructive taxation.”

The really sad part about this is that the Republican Party so sullied the conservative brand that Americans wanted no further part of it. And their final insult to the American people was that they offered a tired old man and his neophyte political lightweight running mate as an alternative to a man who offered hope for a better America.